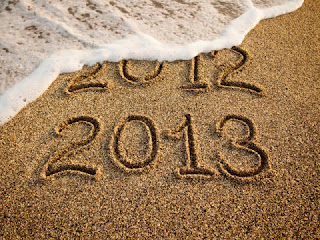 Another year has kicked the bucket. It seems like yesterday that I blogged about 2011 kickin' it.

Wow. I sure as heck didn't blog all that much. I was kinda busy being mopey about how last year started. Curious? Search and ye shall find.

This year was my break from Social Media. I didn't blog over at Heroes and Heartbreakers that much. I could be found on Twitter or FB but it was sporadic. I also kept getting rejection after rejction for my Women's Fiction.

I may have physically started 2012 with an ectopic pregnancy but I seemed to be purging myself of my literary baby for the entire year. Ya know that first novel, that Jersey Shore Women's Fiction that taught me how to actually write a novel??? Yeah, I kinda put that baby to bed. For reals. And it's been cathartic. Cleansing. Freeing.

All those agents and editors read, squeed and gleed, but ultimately passed. I have some more submissions out there but I have the feeling it's all gonna be the same and it should be. The novel isn't where it needs to be. I know where it needs to go but I'm not going to write it. Not yet. Maybe not for a while. Unless one of those editors or agents says yes! Then well, I shall get right on it. But in the mean time they are outta sight and outta mind. I'm not giving up on the Irish-Latino Philly maniacs who took over my brain for the past four years. No way. I'm just moving on while they figure out how they want to be told. Yeah, yeah, I know I've said that before but this time its true and the reason is this; I'm finally writing my 2nd book!

A YA (Young Adult) Paranormal/Horror. I LOVE IT! I have an agent who said smell ya later to the Jersey gang but wants to read this. This agent also has the greatest last name in recorded history but that's another story for another time.

So, will I blog more this year? Prolly not. But I will try.

Curious about my YA Paranormal? Well, I did NaNo for the first time this year and here is a little bit about it from my profile: 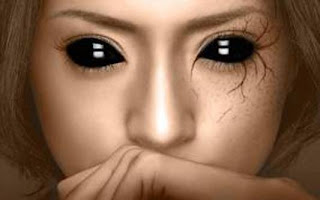 A Touch In The Dark-Book One of the Fear No Evil series:

Aurora Ray O’Riordan died for ten minutes and has a scar on her face to prove it. She also has the ghosts that followed her back... and they are very angry that she is still alive.

The scar on Rori's face is an everyday reminder of the night her mother died and she lived. It starts at the tip of her right index finger, snakes up her arm, twists up her scalp, and spiders out-— hugging her eye like a vine. Its compliments of the downed power line that snaked over her crumpled body, feet away from her dead mother. She remembers nothing of the ten minutes she lay dead on the hood of the family car. The scar is all she knows.

That and being the resident freak of her sophomore class. The girl whose hooded sweatshirts constantly cover her face, where sometimes lights flicker when she enters a room, and the girl whose very own mother haunts her dreams.

The dream crosses over into her real life as reflections of her mother’s ghost appears in mirrors and windows. Another specter, the dark silhouette of a hooded man with a rusted machete, joins her. And when Rori innocently bumps into Jimmy, the new boy at school, she somehow electrocutes him, sending him across the hall with a single touch. He has similar vine like scars on his neck and chest. In an instant they know they are somehow connected.

An attraction builds between the two and the fact they cannot touch only makes things more difficult. Especially when they begin to investigate their past and discover the same ghosts haunt them both. What they find will re-write her family’s history and put every life they come into contact with in danger, especially Jimmy’s. When the truth comes to light one of them will either join the deadly spirits hunting them or regret living to tell their tale.

Scary? Intrigued? Hope so. If not, well, thanks for reading anyway!

Have a drink for me tonight. I'll be having one or at least two for you.

Until next time, may you have many snorts and Ha cha chas.