Today is Memorial Day in the good old US of A. Today we sleep in, BBQ, shop, and do things having little to do with remembrance.

Today is Memorial Day. We are supposed to remember those who have served our country, those who are currently defending this country, and those who gave their lives for our country and the freedoms we have. My father was in the 101st Airborne in the 60s. When I asked what he did, he told me he did his job. I learned later he was in Vietnam, Iran, and Iraq. He served his country with pride and later became a Philadelphia Police Officer.

I have friends with loved ones serving as we speak. I went to a funeral for a Philadelphia boy who was killed in action in Afghanistan, Francis Straub. I taught his sister, Dana, that year. I remember praying for him everyday with our class. I also remember holding his Mother's hand when she received the news she would not be able to view his body before burial.

I remember learning about Molly Pitcher in grade school. The brave woman of the revolutionary war who did her duty and served, regardless of the rules.

The Tuskegee airmen showed their country that all men, regardless of the color of their skin, can serve gallantly.

The 54th  Massachusetts Regiment marched into certain death on a warm summer day. They were the first all black regiment in the civil war.

I also remember the men and women in blue of my great city, the City of Brotherly love, who gave their lives protecting its citizens. Sergeant Patrick McDonald was my husband's friend. It was a run of the mill traffic stop. The passenger had outstanding warrants. He did not want to go to jail that day and decided the price of freedom was Paddy's life. He shot him, then stood over him and continued to unload his weapon. 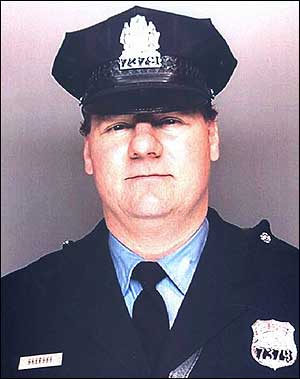 Officer Skerski was our community relations officer. I'd seen him a few days before he was gunned down in cold blood. He'd given us his personal number to call him about problems in the neighborhood. He was working overtime the night he was killed, saving for his children's college fund.

In total 7 Philadelphia Police Officers lost their lives over a three year period. Today, I remember them all, not just the ones I knew. I remember all those who have served and hope you do too.