'Twas a wildly successful feeding. Poor wee Catherine was bloodied to be sure. But, I am happy to report she has recovered overnight and is back with her revised version.

Let us open the door to de Lancie House and have a peak inside, shall we?

WALLFLOWER
Listen to the whisper in the walls ... 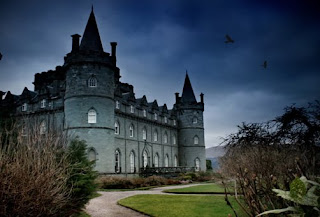 Noah deLancie, ninth Marquess of Devonport, had never been alone a day in his life. Yet, dash it all, from the earnest look in the Earl of Glastonbury’s eye, that was soon to change.

“Devonport,” said Glastonbury while dragging his fingers through the wiry grey strands of his rather more-long-than-fashionable beard. The earl feigned ignorance of the agitated rhythm Noah’s fingers drummed over the mahogany desk between them in the library of deLancie House before painstakingly finishing his thought. “I intend to marry your mother.”

Noah regarded the man who had been courting the widowed marchioness for the better part of a year and attempted to school his features into placidity. “Is that so?” he asked as calmly as he could muster. Glastonbury was hardly wrong for Mother. Far from it, actually. The older man had revived in her something that had been missing since before Father’s death. She was enjoying life again. Her eyes fairly shone in Glastonbury’s presence—something Noah couldn’t say about anyone else in her life at present.

He had to be happy for her, on that account.

“Quite so, my good man,” Glastonbury continued. “She has already agreed to it. Indeed, we intend to make the announcement at the Scantlebury ball this evening.”

“Tonight?” Noah said on a groan. Good God. No wonder Mother had insisted Noah receive the earl, despite the tardy hour of his visit. This presented quite a conundrum.

“Yes, of course,” Glastonbury intoned. “I am not here to ask your permission. I merely thought to give you fair warning.”

The problem—or rather, he amended, one of the many problems—was that if Mother married, Noah would be left on his own. It was true that, with five younger sisters, he had often prayed for solitude. Nearly begged the good Lord for it, truth be told. But now that said solitude was staring him in the proverbial face, it scared the dickens out of him.

Opinion and taste are subjective. That was overwhelmingly apparent in the contrasting reactions to Catherine's first page. The revised version maintains her unique voice yet manages to set the scene with more tension.

What do you think?