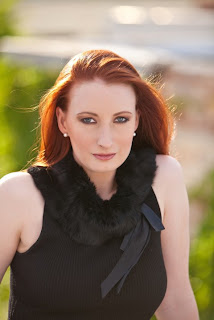 Ever get sick of all the NO’S in your inbox? The form rejections from agents mean little compared to the personal rejections with confusing reasons leaving you with more questions than answers.


Ever hear the market is not ready for what you’ve got to offer? That it straddles to many genres? Once you’ve queried all the A-list Agents and Publishers, what then? Move on? Give up? Throw in the towel?

If you answered yes, than don’t read any further. Clearly, you don’t believe in your work, your talent, or your passion. I do, Charli does, and so does Breanne Braddy; an up and coming epic fantasy author reminiscent of J.R. Tolkien. Yeah, that’s right, she’s BIG. Her stories are not your average run of he mill HELL BOY movies, which by the way, I can’t stand.

Breanne is the woman whose books will eventually become movie trailers, and trilogies in film. That’s right. She’s BIG. So big, in fact, she’s hijacked our blog today to tell us a little about herself, her journey as a writer and becoming published.

Being an author can be a whole lot like being a prostitute. No, really. Agents are reminiscent of pimps; publishers of johns. Guess who gets screwed. Sometimes. So, coming on the coat tails of AJ & Charli’s vents about the process, allow me a moment to show you what the middle ground looks like.

I tried querying agents first. I heard most often, “I like this, but epic fantasy isn’t selling right now. Keep us in mind when the market changes.” Okay, but what do I do in the meantime? After one year and three weeks of writing on other stuff, I decided to try something I’d read in agent’s blog: query small publishers. I’d already queried one and sadly, it went defunct a month or so later, so I was hesitant to take this advice. Nonetheless, I sent the query to a small, new publisher, and didn’t bother holding my breath because I figured their rejection would be the first of many. I mean---I had already sent 47 queries---heard 47 ‘no thanks.’ They didn’t say ‘no thanks.’

Not only did they not say no, they were excited. Rhemalda Publishing believed in me as an author, and my work. They listened to all of my questions. In fact, because they understood how important the date was, I was able to announce the book deal (it had JUST arrived a few hours earlier) to my in-laws when we went out to eat on my birthday. Best. Birthday. Ever.

Did I sign a multi-million dollar deal? No. Did I sign a deal worth millions? Yeah---I did. It was priceless when you consider what it did for me as an author, for my career. I was stuck in the mire of wondering whether or not I would ever see my work truly polished and for sale in a traditional way. I was down trodden and uninspired. 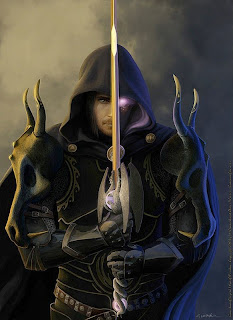 I’m as far from that place as I can be now.

Now, I’m knee deep in marketing/publicity stuff, and finishing up another manuscript for a stand-alone fantasy that I’d previously been unable to finish because of nerves alone. I leave my phone on more often now because it might be my publisher. I check my email with a smile on my face because there won’t be rejections in my in-box. I am planning a vacation, not to escape the frustration of the process, but to attend an event with my publisher and meet booksellers and sign books. My books.

But, the most important thing career-wise that has come from all of this: I have my foot in the door. Agents read your query more closely when it has publication credits attached to it, just like they read it more closely when you run a blog with high readership. It is one step closer to a solid, well-established career.

There are down sides to small publishers. You’ve got to be prepared to work twice as hard to get publicity. Distribution can be an issue since the slots for books on the shelves are filled first by the larger houses’ offerings. But, larger houses will give you far less time to make it or break it. You’ve got a matter of months to sell (if I read this correctly) at a 65% or higher rate before your novel gets pulled. Small publishers stick around longer and tend to be more loyal to you when it comes to subsequent manuscript submissions. Large houses produce books and occasionally well-known authors. Small houses produce authors and occasionally well-known books.

It is up to the individual publisher and your ability to shamelessly market yourself, which way a book deal goes, regardless of the size of your publisher. I know several authors who were published with one of the big five who are now going to the self-publication route because no one will sign them after a couple bad book runs. Their novels were pulled before they had a chance to succeed. I also know of a few well-known authors whose work was first published by a small press.

You might have heard of this one: J.K. Rowling

“The book was submitted to twelve publishing houses, all of which rejected the manuscript. A year later she was finally given the green light (and a £1500 advance) by editor Barry Cunningham from Bloomsbury, a small British publishing house in London, England.” (Wikipedia) Obviously, Bloomsbury isn’t quite so small anymore.

The biggest difference though, and why I’m glad to be starting out with a small publisher, is that they know you. Rhett (Rhemalda’s president) knows that I am up all hours of the night and that I have two dogs, but no children. Rhett knows that my husband is a cop, that I hate it when words are repeated too much in a manuscript and he knows what I look like—we’ve done video conferences.

Rhemalda is more than a company, they’re flesh and blood folks who treat their authors like family. I’m not a commodity. I’m a contributor. If things go well for me, then we all benefit from it and they know that.

Larger houses can be just as warm and wonderful, so I don’t mean to get anyone’s knickers in a knot. But, what is undeniable is the difference in how you’re treated as a new author versus a seasoned, proven one. You vs. James Patterson.

So, if you’re in the same place I was…you might consider looking for middle ground. It just might be the first step in the largest staircase you’ll climb in your career.

You can find out more about my work at my author website: http://www.jschancellor.com or at the blog I run dedicated to the craft of fiction: http://www.welcometotheasylum.net.

Lastly, you can find out more about my debut trilogy, Guardians of Legend, by visiting http://www.guardiansoflegend.com.

Thank you, Breanne for taking a BIG BITE out of what many of us struggle with. Listen to this woman, folks, she's got her eye on the prize.