TALES FROM THE LEDGE~My Contest Results

Breathe, I'm not jumping ship again. The bitch is back people. And she's friggin' frustrated, to say the least.

I decided to rejoin one of my crit groups today. It's a really active place and I need my writing homies around me. (Yeah, I said homies. Problem with that?)

No sooner do I click to rejoin- excited about getting back in the LOOP-do I see another email waiting for me. *Charli claps* It was from a contest I entered for FEEDBACK alone. I really did not expect to place. I had about two hours before the deadline when I found it so I was sure there were probably mistakes in my submission. I really needed to know about how my story opened, was it the right genre, and things like that.

Well, I open the email and I didn't final. No surprise there. I'm more excited to read the judges comments.

Lovely Judge #177, gave me one of the biggest ego boosts I have ever received as an aspiring writer.

This story is ready to go. I’d buy it in a New York minute. She is very good, very good.

2. What areas do you feel were handled the best? (Tell why if appropriate).
The whole thing

3. What if anything seemed clichéd to you? (plot, characterization, dialogue, etc.)
nothing

4. What areas do you feel need work? (Tell why, offer suggestions)
notes on ms

5. Anything else?
Send it to the publisher. 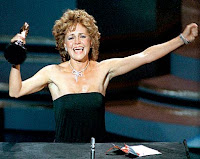 This judge gave me a 99 out of 100. The lady bathes in AWESOME. Everyday. Lather, rinse, and repeat. Her bio states she is pubbed in fiction, non-fiction, short stories, full length, and a contest finalist. Not too shabby.

As a former teacher, I know that the 99 is a bit much. I already decided to revamp my opening but it was nice to hear she loved the old one. (I get nostalgic for my writing and for about 10 seconds I thought about going back, but I know my MS is stronger now.)

But she connected with my characters, my world. I love that!

I pause before opening the next 2 because this much I already know: the scores must be awful if I didn't place, getting a high 99 already. I take a deep breath and open.

Lovely Judge # 249 gave me a 70. She did not write anything on the form at the end. She is a contest finalist and an unpubbed author.

She found some great typos but mostly commented on my character motivations and sentence structure. She wasn't buying some of the things my hero did, she really didn't like him.

Some things gave me pause but others I knew why she felt that way. The intro to my story was choppy and threw too much at once in the wrong way. I get that and have since revamped.

There were comments about my use of run-on sentences. This really confused me. "He raised one hand to her face, if his skin met hers all would be lost." She says this is a run on sentence. Ok, it technically is, but I was taught (and maybe taught wrong) that putting them together provides more impact, one extended thought. In my head his hand is up, he know if he touches her he won't be able to leave. One extended thought for a more emotional impact. To me, that's not a run-on sentence in a bad way. She notes more throughout, a lot more. She notes its my style but she finds it "annoying".

I agreed with the opening bit, she made me think about if my character's motivations are clear enough, but the run-on stuff has me confused.

Lovely Judge # 247. She gave me a whopping 57. She is pubbed in full length and short story. 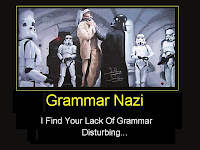 The lack of punctuation, the use of run-on sentences, of adjectives where adverbs are called for, missing words and the incorrect use of many words made this manuscript difficult to read. The nucleus of a good story is here, but the pacing is very uneven and the characters too one-dimensional. The author “tells” too much about the characters, rather than showing us who and what they are through their actions, feelings, emotions. (I nearly puked right here. She also noted run-on sentences, telling, GAWD. Some were typos from sending it in under a quick deadline but the rest? I am cringing that I am some literary hack. Hooked on phonics didn't work for me apparently...)

The opening of this story could be really, really good, but unfortunately the author writes a very uneven prose that makes the reader have to work to plunge into it. The conflict is evident but is not presented strongly enough to reel the reader in. The narration suffers from a lack of emotional impact and the dialogue is stilted. The poor punctuation and use of the English language diminishes even more what could be a really good story. (Totally get the beginning bit, I entered for it to be confirmed it didn't work. But lack of emotional impact, stilted dialogue, at this point how did I even get a 57? Oh, I did the math. The lowest score I could get was a 20. This judge gave me a 2 in most categories, the lowest score possible.)

Despite the poor mechanics I really fell in love with the characters. Their flaws are an integral part of them and make you like them even more. While their actions are realistically motivated their emotions never reach out to the reader. The author needs to invest the characters with actions and habits the indicate their emotions. While the goals are identified and logical, the uneven pacing of the story makes it hard to keep them in focus.

I really love the basic plot of this story. It has the capacity to reach out and tug the reader’s heartstrings, with all of its angst. The problem is, the reader doesn’t feel it, and that makes me sad. Despite everything I fell in love with Grace and Miguel, so there is definitely the kernel of a good story in there. I hope the author won’t give up on this, but will take advantage of the many online workshops that help us polish our craft, and applies them to this manuscript.

I loved their vulnerability. That gets me every time.

2. What areas do you feel were handled the best? (Tell why if appropriate). 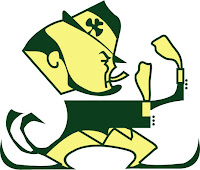 3. What if anything seemed clichéd to you? (plot, characterization, dialogue, etc.)
I’d say some of the characterizations were a little too clichéd—the Irish brothers, the Main Line family, etc. They are good characters in the story but they need to be more individual, less stereotypical.

4. What areas do you feel need work? (Tell why, offer suggestions)
I really hope the author takes advantage of workshops the deal with the development of characters, pacing, and especially basic English grammar and punctuation. She is so close to having a really good story to present.

5. Anything else?
Please keep at it.

This one absolutely has me on the LEDGE FOR REAL. I was a Lit teacher for Christ sakes. Grammar is not my strong point but damn I thought I had the basics down, LOL. I had a lot of peeps comb through these chaps, one a grammar GURU, and they never said these things.

I need a better grasp of the ENGLISH Language?

Ok, so after this I need to sign up for a grammar refresher, no prob. Every writer should prolly at some point. But am I really this bad?

I know taste is subjective. Not everyone will connect with my voice (Jaws just told me that). Character motivation problems, I get because I know the issues with how my story opened. No problem there, I already changed it. But the run-on sentences, grammar, and the telling bit throw me. I worked really hard on show vs. tell. I thought I had the right balance. Now I am not sure about  the quality of my MS. Do I need to pay an editor? What's next?