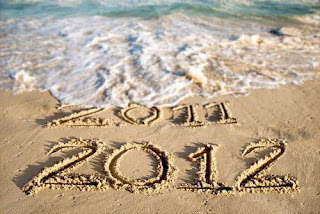 To say that this has been one hell of a year is putting it mildly. Not all was bad, nothing ever is, but lots of it sucked, sucked big time.

This year has been filled with immense loss. The kind of loss that changes you and how you look at life. The kind that makes you shake your fist at God or whatever the hell is in charge and ask why? WTF did I ever do that was so damn bad?

My very good friend lost an election, a campaign I worked hard on. Not too hard as I was concentrating on my writing, but hard enough. It was a personal loss and the fact I could've fought harder for him weighs on me day in and day out. My community lost more than anything. A community I live in, was raised in, and hoped to retire in. Not so sure about that now. I never thought I'd leave my 'hood. But I am thinking about it more now.

My beloved Aunt succumbed to cancer after a long, hard, and courageous battle. I hadn't seen her much until we got the news it would only be days. Then, when I finally saw her, the light was fastly dimming. Again, the guilt weighs on me. I could've done more. I should've done more.

The day my Aunt passed was my niece's 13th birthday, the day I met Nicholas Sparks, and the day I miscarried the baby I waited two long years for. Yes, after so long waiting to get pregnant, I did, and it only lasted six weeks. 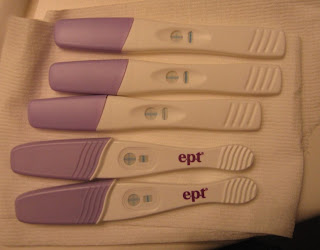 Life couldn't be crueler, I thought, but I was wrong. I got preggers again right away. YAY! I thought. Finally something good may come out of all this grief. I lost that baby too. On Christmas Eve, right in church, as the choir chimed out Silent Night, before God and the newborn Baby Jesus, the cramp of all cramps came. I rushed to the bathroom and there it was. Massive clumps of blood and tissue.

My sick and twisted sense of humor had me thinking things no good Irish Catholic girl should. My baby, Gloopy we named it, (the first we named Klumpy), landed in the bottom of a church toilet bowl. Is Church toilet water Holy Water, I thought, too traumatized to think seriously. I made the sign of the Cross, looked one last time trying to be sure of what I saw, and then flushed.

When I returned to my pew my Hubby looked at me and he knew. One look and he knew. I had to tell him later what exactly happened. He never got the Christmas Eve gift I had planned for him. The positive home pregnancy test and a pacifier that said, I Love Daddy. It sits in my nightstand drawer now. Unsure if it will ever be used.

Then there are the rejections from this year. The ones on my first and only completed MS. The one that has gone through three title changes and god knows how many revisions. Those hurt but I learned from them. One of those rejections even made my heart smile. A lovely agent passed but praised the writing. She's made of awesomesauce and I even had a picnic lunch with her and other writing buddies in NY this summer.

The rejection that nearly killed the writer in me was for a piece I was ASKED to write. Was sought out for and begged to write. A FB writing friend said she'd been following me and was a secret fan. Yay, I thought, I'm unpubbed and have a fan! She was the editor for an English as a second language magazine in Korea. (I know right, I should've known!) The magazine was legit, so far as I could tell by the Internet, and I said okay. This "friend" saw my author bio page and asked me to write about how the death of my beloved brother sparked the writer in me. I ran some ideas by her and she signed off on me writing 2,000 words about the day my brother died from the POV from when I was 12. I dug up newspaper articles from that day. I asked my mother things she hadn't thought about in years. For two gut wrenching weeks I typed my little heart out, opening wounds long healed and letting them bleed all over the page. I was proud of what I'd written and sent it off. My editor was all smiles and tears. Then time went on and on and on. And nothing. I sent out some emails and was told the editor left due to illness and the new one wasn't interested in my story.

Yeah. I had no words at first. Then I spewed some off. How dare they, I thought, ask me to drudge all this stuff up and then tell me thanks but no thanks. I have profound respect for those who write their memoirs. I only wrote 6 pages and still tear up when I think about it.

However, there is the bright side.My daughter is so amazing and I know I am blessed to have the honor of raising her. And I have my husband. My best friend and soul mate who I wouldn't have been able to get through any of this without. He's my heart and my soul and the reason I am able to type this today. After all these years together I love him more than I ever thought possible. He's my rock. He's my home.

I also got to see AJ twice, once in NY then later in Niagara Falls. I have a job, my health, family and friends who care about me. I have a great network of writers I surround myself with. I did win a contest and two editors from major houses are awaiting my full as I type.

But, the guts to send out anything is gone. At a conference I had another editor from one of the biggies ask for my work but she later rejected it. All confidence is gone and I am desperately trying to find it as I type this Woe is Me Pity Party Post.

I am hoping 2012 brings the Charli Mac gusto back. The big balls that match my big red nose are sadly missed. 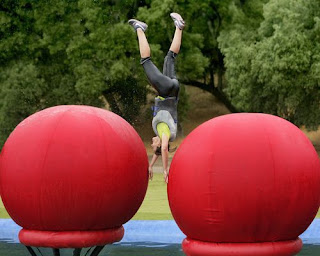