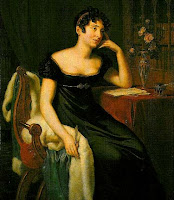 Aspiring Author Catherine Gayle is from Dallas/Fort Worth, Texas. When she's not wrangling her cats, feeding her caffeine  and chocolate addiction, or bloggin about it, she's writing Regency set Historical Romance.

When did you begin writing with the intent to be published? Why, what sparked the author inside you to finally write? I started writing years ago, but focused mainly on poetry at first. In a college creative writing class, I was still writing primarily poetry, but I tried my hand at a short story. My professor encouraged me to pursue long fiction, saying that out of all of the members of the class, he believed I had what it would take more so than most. Still, I didn’t know where to go with it. I’d already tried and failed to write a novel (a YA, which is NOT the right genre for me), and wasn’t sure where to go from there. Several months later, I realized that I should write what I like to read the most—which is historical romance. A little over a year and a half ago, I sat down with the goal of writing and seeking publication. It’s been all downhill (or is it uphill?) ever since.

What completed works do you have? Describe them. My first two manuscripts were part of a series I’ve since decided to place permanently in the proverbial drawer. They were Regency-set historical romance, yes, but I was finding my voice and learning the craft with them, and frankly, it shows. While I was midway through what was to be the third manuscript of that series, I decided I was going in the wrong direction and needed a new path. I put the entire series aside and tried something entirely different, though still Regency-set historical romance. In writing that manuscript, I found a new funny, somewhat sarcastic, sexy voice that seems to fit. That one is currently making the rounds to agents, and I’m working on another manuscript in the same vein that will be the beginning of a new trilogy.


What avenues did you travel to get your MS complete? Crit groups, classes, research, writing communities where you live? Research came first. In writing any sort of historical romance, research is mandatory, but Regency readers are very familiar with the period and will know if you get something wrong. I’m part of a fantastic critique group who have taught me more than I ever knew I didn’t know, and who have encouraged me every step of the way. I also read a number of books on the craft, since I’m not financially able to attend conferences or take classes.

What inspires your characters? What breathes life into your work? This is a tough question! Usually, I’ll get an idea for a scene before anything else comes along. Then I spend some time figuring out who these characters are and what brought them to that point. I have to understand them before I’ll be able to find a plot, to discover how they came to be in the scene I originally envisioned. As to the life in my work, it all comes from the characters. If they aren’t working, or if they are not fleshed out as fully as they ought to be, the writing inevitably falls flat.
What is a genre that you would more than likely never tackle, why? I can’t imagine myself ever writing something in the Sci-Fi/Fantasy genres. I enjoy Star Wars as well as the next person, but my brain just isn’t wired in a way to create these kinds of worlds and creatures.
What is a normal day like for you, tell us how you get all that writing in? I’m a full time college student and work part time, so there is no such thing as a normal day for me. My days vary depending on what classes I have, whether I work or not, how much studying I need to get done, and countless other factors. When I’m in drafting mode, I try to average writing 2,000 words per day, but that is not a hard and fast number. I find that I rarely write well in the mornings, so I try to schedule in some afternoon writing time at least a few days a week.

What stage of getting published are you in, first draft, editing, querying, etc.? How has that experience been? Right now, I’m querying one manuscript and writing the rough draft of another. The querying experience has gotten easier with time, but it is still nerve-wracking and frustrating. As to writing this new manuscript, even though I love the story and what I’ve written so far, I’m struggling. I don’t know if it is just because I haven’t really taken a break, or if I’m expecting too much from myself, or if it is something else entirely. So, I’m taking a little break and trying not to think about it. I’ll be back at it shortly.


What is next for you? I hope to be able to say I’ve signed with an agent soon, but I don’t have a lot of control over that at the moment. In the meanwhile, I’m going to get back to work on this new manuscript and make it the best I can make it.

You are a sandwich, describe yourself on a menu. Applewood smoked bacon, egg over-hard, and sharp cheddar cheese on a sourdough English muffin, brushed with a hint of salsa, served with a fruit salad accompaniment. Loads of bacon. Who doesn’t love bacon? This sounds like the best of everything…a little something sweet, salty, spicy, and savory. 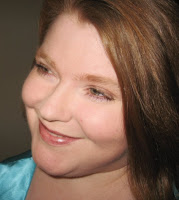 If you could be a superhero, what would your name and power be? Because I would do anything to make my nephew smile, I would want my superpower to be the ability to conjure any of his favorite movie characters at any point in time. If he wants Lightening McQueen and Mater to show up on his doorstep, I want to be able to have then racing around the corner with a blink of my eye. If he wants to have Woody and Buzz Lightyear over for a slumber party, I want to give a little wave of my hand and have them fly in on Buzz’s spaceship. Not sure what my name would be for that. LOL.

What is your porno/stripper name? Using the traditional formula take the family pet’s name and the street you grew up on? For instance, Charli’s is Betsy Orchard, AJ’s Ginger King Edward. You’ve got to love stripper names. LOL. Just call me Bailey Lloyd.

Thanks for inviting me, ladies. It’s been fun!
Posted by Unknown at 8:44 AM