The Power of the V... In Publishing 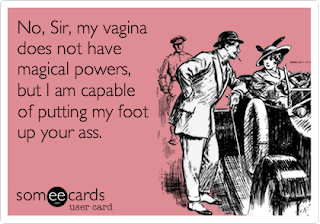 It’s an election year and whether you’re an Obama Mama or a Romney Mommy we cannot deny how women have influenced campaigns nationwide. The current political dialogue may teeter from the economy to health care but in the end, the focus comes back to us, or rather, our vaginas.


What does this have to do with publishing? Humor me for a sec. This diatribe about our whoohas has a point.


Here's a chat I had with the hubby recently:
Hubby: Are vaginas really magic?

Me: Well, yes they are. You're here, aren't you? You constantly try to do things to it; some new, some old, and some from national geographic. It also makes your jiggly bits do things, too.
Hubby: Oh, yeah. Can they stop things from happening from just thinking about it and stuff?

Wow, right? You totally want to run out and buy some vaginal perfume products. You could be Joan of Arc or Cleopatra with the right stuff for your stuff. But seriously, I believe that all Vs, regardless of being coiffed, fluffed, or au’natural have immense power.

And Empowerment is amazing.

So, I think I need to take the time here and empower Female Authors.

It’s hard being a writer. Rejection, self doubt, changes in the industry, and constantly honing our craft. Just finding time for ourselves, the creative side of ourselves amongst this daily thing called life is a huge challenge. You know, those things called families and such. I have a job, a kid, a hubby, pets, ailing relatives, friends, and this little thing called trying to be a published author. I haven't even had time to dye my hair. The teen, bless her heart, told me, in her, like, totally shocked, and, like, so annoyed 14 year old voice, that I, like, seriously needed to cover those grays. If she only had clue where else I have them. But that's another post.

I can't imagine being a published author, have all that pressure to succeed, and all of the above. I mean, its my goal to be there one day but it's daunting just trying to get there, with all of the above. Then to get there and not be as recognized as male authors? I have no words. Well, I do, but it's pretty filthy and one of the Nuns that taught me may read this. I push the envelope as it is already.

Writing is a solitary venture. But, we are not alone. We have a group of Amazing Women to draw strength from. It’s probably a group you didn’t even know existed.

Do you know that in the past ten weeks 74% of the NYT Bestselling works of Fiction have been written by women? 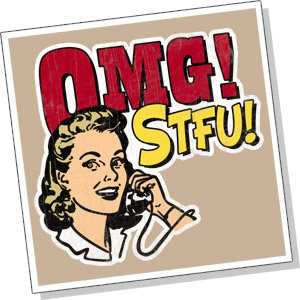 Yerp, you read that right. And I will type it again.
74% of the New York Times Bestelling Authors of Fiction in the top 10 for the past 10 weeks have been women.
For the weeks of August 5th through October 7th three quarters of NYT bestsellers were WOMEN. That’s combined print-hardback/paper, and combined e-books and print.
83% in combined print and e-book
64% in combined print- hardback and paperback
75% in total overall.
The power of the V.
Look at those numbers again? What do they tell us? E-books and print alone were a whopping 83%! Not once, in either category of Combined Print and Combined E-book and print did we ever fall beneath 50%, and we were only at fifty twice. The weeks of August 26th and September 23rd we had 100% of combined E-books and Print in the top ten!
100%!!!!
These stats have me thinking of an article Jennifer Weiner and Jodi Picoult did a while back about how no matter how many books they sell that male authors continue to get the literary praise, all the editorial write-ups in the NYT and other prestigious papers, and especially more cash from publishers with marketing. And in case you're not putting two and two together that can mean less income for a female author. You can't market, you can't sell, you won't make as much money.

Like most other industries, women continue to make less than men. But Picoult and Weiner had the courage to start this conversation back in august of 2010 and its still going on. I cannot not thank them enough. Many have talked about it. A male author even recently stated how Weiner and Picoult are belly aching about the whole thing. 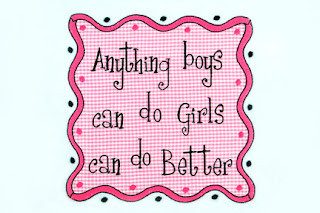 This little post is not long enough to dissect the topic. But we can at least start the conversation. Like, why do we continue to be treated as such when WE are the dominating the sales?
It’s a man world, so some say.
But we can change that by sticking together and writing great fiction. Staying in female oriented groups and empowering one another. Maybe a few of us can come together and write an article for Writer’s Digest and start the dialogue rolling in a more public venue? Maybe we can just continue to craft great stories and allow our dominance to speak for itself.
Either way, it is our time to shine with our formidable Vs.
The Power of our collective Vs.
The Vs that continue to dominate the NYT top ten bestsellers list in fiction. This is the message we need to shout from the rooftops.


When I have time, I will compile the stats for an entire year. When I have the time. Which may be never. Feel free, anyone here, to do so yourselves. Please. It would be awesome. My magic whooha needs to save its energy for other things.
Ha cha cha and happy writing my fellow Vs. 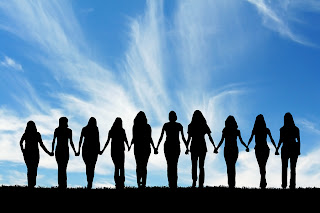