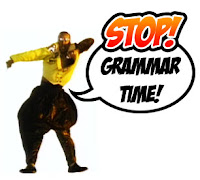 Ahh, summer is unofficially over. Labor Day has passed and its back to school time. This is my New Year's. Maybe its the former teacher in me. September has always been the month I make my own resolutions, start anew.

This school year I will be brushing up on my GRAMMAR. I received some interesting contest results last week. One judge said that once I have a better grasp of the English Language she is sure my MS will improve.

*GULP* Gees, thanks lady. Why do I feel like Sister Edward William was the judge? I can see her standing there with her pointer making me diagram sentences until my arm falls off. But those Nuns were onto something apparently. I should've paid more attention to my Voyages in English textbook rather than checking my teased out Bon Jovi hair and electric blue mascara.
Wikipedia defines grammar as: In linguistics, grammar is the set of structural rules that govern the composition of sentences, phrases, and words in any given natural language. The term refers also to the study of such rules, and this field includes morphology, syntax, and phonology, often complemented by phonetics, semantics, and pragmatics. Linguists do not normally use the term to refer to orthographical rules, although usage books and style guides that call themselves grammars may also refer to spelling and punctuation.
BORING. YAWN. No wonder I spent more time on my hair back then. 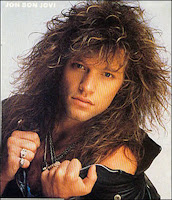 My recent trip down Grammar memory lane was for those run-on sentences, the ones that Judge found so annoying. Apparently my gaffe was the COMMA SPLICE. Ouch, sounds painful.

I got this from http://chompchomp.com/csfs01/csfs01.htm. It's a great site created for classrooms. For us, it's perfect. Below is an exercise from their site.

Here is the deifinition of a comma splice and why it's so bad:

A comma splice contains two main clauses illegally joined by a comma. The problem looks like this:

A fused sentence, on the other hand, contains two main clauses illegally run together with no punctuation whatsoever. The problem looks like this:

Julie is a real hypochondriac when her stomach hurts, she is certain that she has a bleeding ulcer, and if she has a backache, she believes that she has cancer of the spine.

For a sentence to be a comma splice, you must have two complete sentences joined with a comma. In the example above, there is no comma. Julie is a real hypochondriac is one sentence. When her stomach hurts, she is certain ... begins the second sentence. Because there is only empty space between the two, you should call this error a fused sentence.

To fix the problem above, you could put a period after hypochondriac and begin when with a capital W.

Julie is a real hypochondriac. When her stomach hurts, she is certain that she has a bleeding ulcer, and if she has a backache, she believes that she has cancer of the spine.

Head over to their site and see how well you do.

I AM NO GRAMMAR GURU. I will be getting a refresher with you, summoning years of Catholic School lessons. Tune in Sunday for more of the GRAMMAR GRIND. What topics would you like me to cover next? 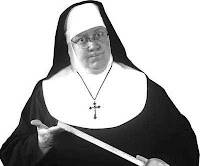